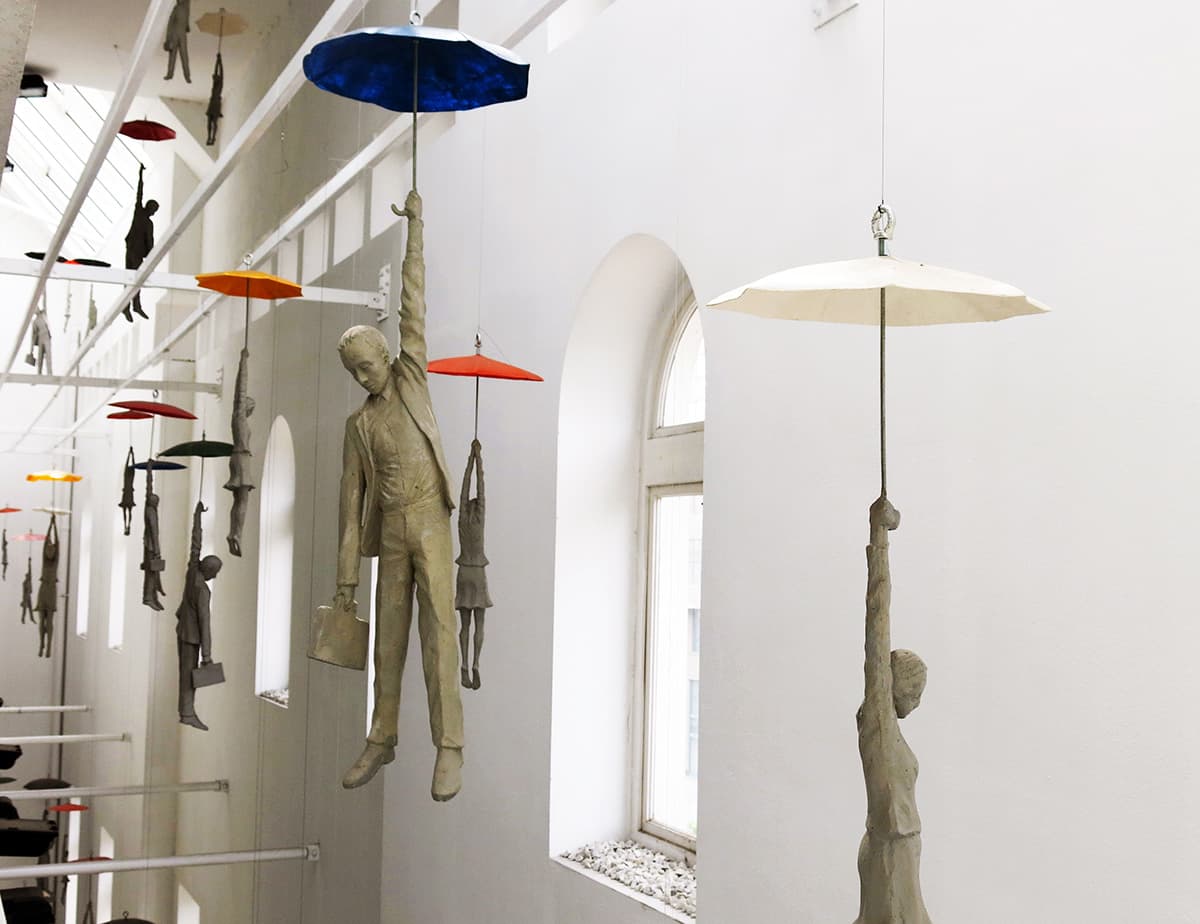 These sculptures were made for EBC office center in Prague in the Czech Republic. There are two sizes of the sculptures  (90 and 160 cm) and from sketching to installation they took around half a year to make. The sculptures were installed in a gap between the old street facade and a new facade of the house which was built about 2 m behind the original facade of an old house that had been demolished.

Statues behind the office windows can create a sense of lightness, but also uncertainty about the length of the flight and landing. While some are still hovering, the others are already waiting for landing and it is not yet clear how long the flight will be in times of economic crisis and whether the landing will be hard or soft. 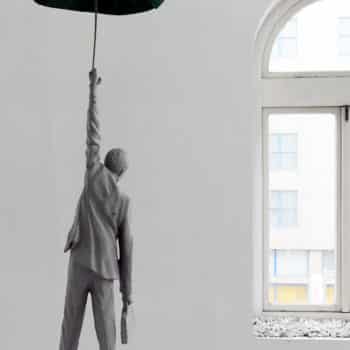 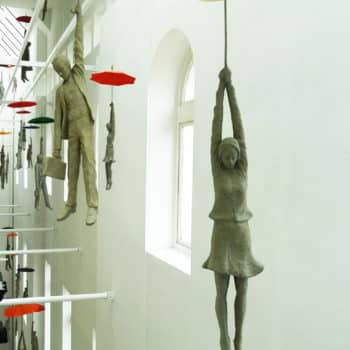 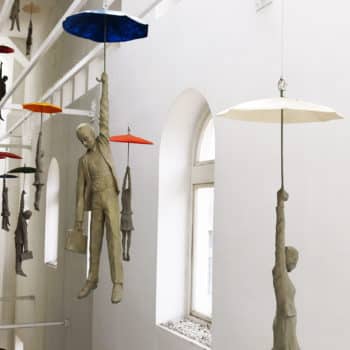