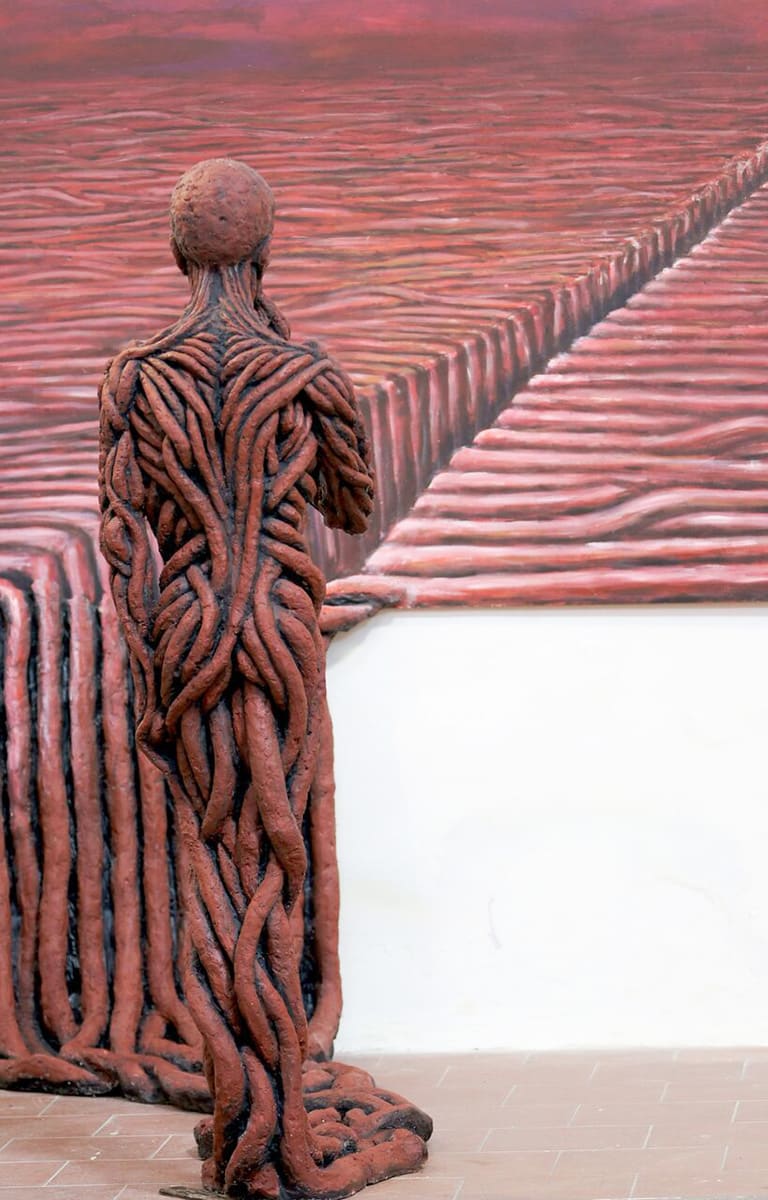 Escape into Reality (What Does a Painting Think?)

Escape into reality is a combination of a painting, a relief and a sculpture, it outlines a transition between the real and virtual world, between 2D and 3D form, between sensed and tangible… Is it possible for a form to be able to think something or convey a message… and if there is no direct message, is it possible for it to contemplate itself? Reflection on fine art which finds in a situation when it tries shocking in order to be spotted or makes an effort to walk out to reach a looker-on in the streets because an onlooker tends to attend galleries still less and less frequently. This way galleries, except the most prestigious ones, become sort of “art cemeteries” where only the relatives or closest ones come to see it. What in fact an art is and where its boundaries are – if there are any? Art used to be rather craft in past, more than anything else… Only the last century upgraded artists and attributed particular magical secrecy and nobleness to them… Art tries to be new and discovering, so is an artist a scientist or an inventor? Modern art is a conceptual one and it can seldom defend itself, so does it make an artist a rhetorician or a philosopher? If art needs a form to convey an idea, should an artist be a skillful craftsman? If art is supposed to be digital, is an artist due to be an expert on information technologies? Is an artist a diplomat or a strategist who can present nothing like something and make the viewers believe in it? Who actually is still an artist and who is not? As long as an artist can be all and exercise anything, why everybody is not an artist? Will any object become a piece of art being exhibited in a gallery and will a person who places an object in a gallery become an artist? What is then the purpose of art? – To convey an idea or draw attention by means of a special, ingenious or more sophisticated form to things around us? Or should art be made use of as an aesthetical supplement and is more likely to be the design? If art is supposed to be another form of communication, does it need any commentary? Or – is art something what is useless and that´s why there are galleries to make it usable? As it is difficult to find a boundary between real and virtual, it is impossible to limit the art. I don´t know what a painting thinks about itself if it does think anything at all, nor I know if the form is important for art. Supposing there is no form, energy, which can be turned into form, remains… Boundaries don´t exist… 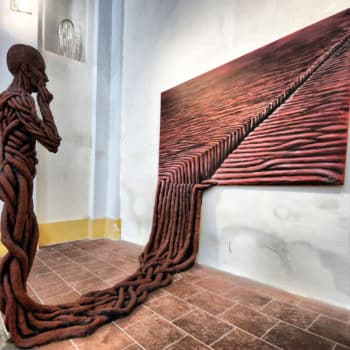 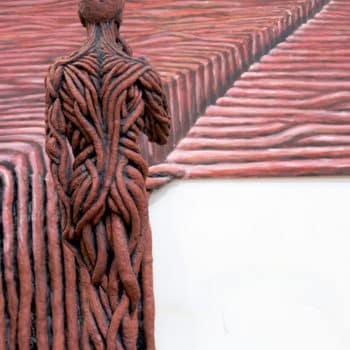